Advice For The Left And The Right- Post Eclipse

It has been five days since the latest eclipse, yet the country is still as divided as ever between the left and the right, which is the point of this message, as we are transitioning into a new era, known as the Aquarian Age. Things like materialism, greed, racism, sexism, classism, war, corruption, and authoritarianism are dying a slow death, and the elites in power are getting more and more extreme as a result of panicking, in an attempt to slow down these inevitable changes. However, both sides, as well as the people with authoritarian Pallas patterns, need this message, in order to not repeat mistakes made in the Piscean Age.

The Left- Your beliefs are mostly in tune with those of the Aquarian Age, as the sign of Aquarius is one of the most progressive signs of the zodiac. However, refrain from forcing your viewpoints on others who disagree with them. Remember that everyone is on their own unique path, and that people's political views are a part of that path. If everybody was a complete clone of the other, there would be no uniqueness and things would get real boring, real fast! There is no right or wrong political ideology, and even though you may not understand conservatism, those people can't help it, just like how you can't help it, because it's all in your astrology.

The Right- Even though the country will inevitably go in a new direction that will likely not be compatible with your political views after the Trump stuff is over, remember that a country where everyone has what theory need is better than a country where the few have way more than what they need while everyone else is struggling to get by. In the new system, you may actually end up being happier than you were under the old system! For the economic conservatives, use the indicators in your chart to save money every month, and after a while, you might be surprised at how much wealthier you are compared to the old days! For the cultural conservatives, just because you may think that abortion is murder and homosexuality is a sin, dies not mean that you have the right to force those beliefs on the general population. If you think abortion is murder, don't get one. If you think homosexuality is wrong, don't marry the same gender. Remember that everybody is on their own unique path, and that people's political views are a part of that path.

Authoritarians and Partisans- In this new era, it is vital that you resist the urge for power and greed, as those energies are not only incompatible with the new energies, but the general population will be more vigilant after the Trump/Russia fiasco, so situations like that will never happen again. Also resist the urge to force your political viewpoints on everybody else, as you are the most prone to extremism of the bunch. Tolerance is a virtue that must be learned, especially in the Aquarian Age.

If we all put our differences aside and refuse to fall into the divide and conquer scheme, the faster things will change for the better. There are way more of us than there are of the politicians and oligarchs who are trying to suppress us, and the theory in this blog is an effort to end the division, as it is a complete waste of time and energy to be so divided over things that are in your natal chart, and thus are a part of people's life paths. Remember that the negative effects of Trump's policies will effect EVERYONE, not just a certain side. Putting aside our political differences and refusing to fall into the divide and conquer trap will put a halt to the efforts of fascism and world domination, as we outnumber them 99% to 1%. 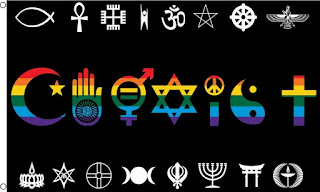 I started it two years ago in an effort to bring truth to light, mainly involving 9/11, false flag attacks, occult symbolism, the wealth gap, and our religions, but have been adding charts of people analyzed on here, as well as charts of people ready to be posted soon (I already looked at the charts, just have to do the typing part). I also have boards on all astrological placements, as well as my own, and a sports astrology board (the theory is legit), as well as other miscellaneous boards (not the usual stuff you see on there). It's basically another way to get the truth to as many people as possible, as well as keep track on the number of examples I currently have.
Posted by pwalmanac at 12:12 AM