This post is on Gustavo Camacho, a city council member of Pico Rivera, California.

Fiscally to the left, socially to the right, mixed Pallas- Right wing partisan

It's rare, but not uncommon, for Democrats to have right wing cultural indicators, especially if they're Latino. 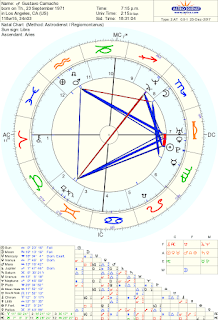 Posted by pwalmanac at 6:02 PM