Mixed, leaning to the right.

Fiscally to the right, socially to the left, aggressive Pallas- Right wing authoritarian

This chart is similar to others in the Trump administration, most notably the lack of a cultural conservative pattern (only Pence and Sessions have that right now). 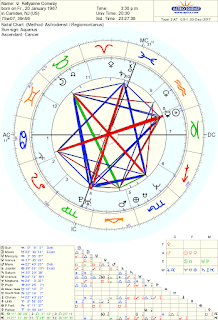 Posted by pwalmanac at 2:41 PM