This is a revised post on former Fox News anchor Gretchen Carlson, who might have Pluto conjunct Virgo rising. 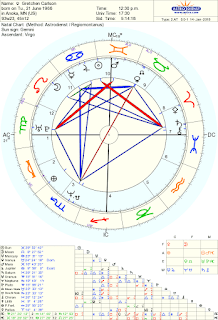