This is a revised post on Fox News anchor Julie Banderas, who has the Cancer rising look.

Fiscally to the right, socially to the left, mixed Pallas- Right wing partisan

Reversed from the other post, but a right wing ideology is still prevalent. 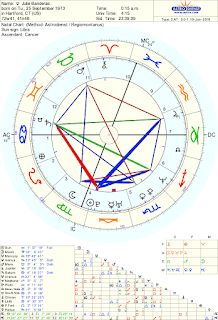 Posted by pwalmanac at 3:52 AM