This is a revised post on evangelist John Hagee, who has the Scorpio rising look.

Fiscally to the left, socially to the right, defensive Pallas- Paleoconservative

Much different in regards to Pallas, because it's ruled by the Moon. 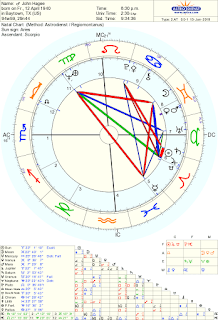 Posted by pwalmanac at 4:46 AM