This is a revised post on a history teacher at my high school, who has the Scorpio rising look.

Leftist- Venus in Pisces, Neptune in 2nd house
Rightist- Nothing 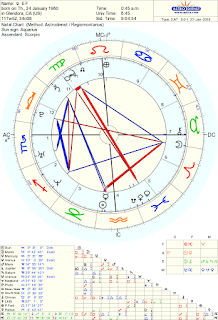